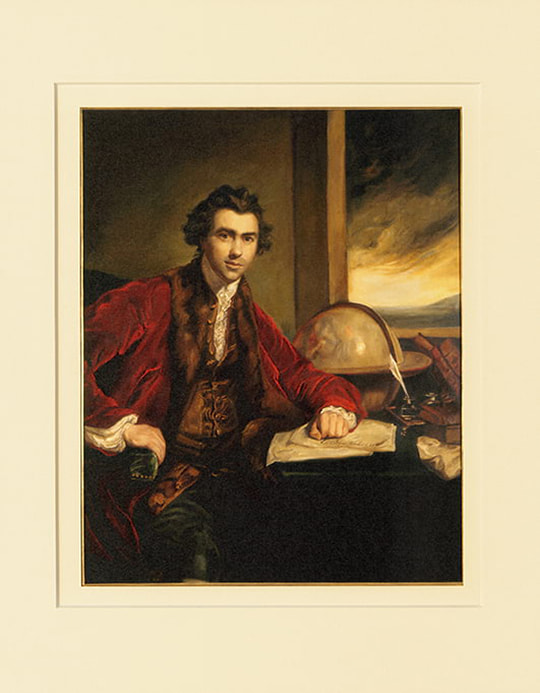 Sir Joseph Banks (1743–1820) was one of the most significant British natural scientists of the 18th century. In the years 1768 to 1771, he took part in the Endeavour voyage, Captained by James Cook which circumnavigated the earth. Banks gives a detailed report in his diary about the adventurous journey on the ship Endeavour. The Europeans marvelled at the indigenous Polynesians with their habits and customs, and admired the exotic landscapes, flora and fauna. On April 28 1770 Cook and Banks set foot on Australian soil for the first time. They named the place Botany Bay due to the many unfamiliar plants they encountered there. That was the start of the settlement of Australia by the British. Today, Botany Bay is part of a metropolitan area of Sydney.

Banks was a celebrated man after his return. The accounts of his travels and his collection of plants, animals and everyday items of South Sea inhabitants met with great interest from a wide public. He held the office of President of the renowned scientific association, the Royal Society, for over 41 years, and he extended the Royal Botanic Gardens of Kew on behalf of King George III.